This is a very good friend of mine, my Mustang mentor, who owned this Boss 429  KK1250 for 19 years and had driven it over 213,000 miles. The Boss looked just as good as it did the day it left the factory an ran better.

This is my 1969 mach1 at the Portland roadster show. A barn find one owner/ purchased in Vietnam from a vet serving there. I did a frame off/ restomod the engine had been replaced, not original) now has a 351w 420 hp from performance unlimited, disc brakes all around, new factory interior, power steering, new suspension, 4.10 traction lok with auto. 500 miles on frame off. thanks,  notice window sticker in window. He payed it off with military pay and picked it up at dealership in Portland when discharged. Painted

back to original candy apple red.

This Mach 1 was built in the San Jose plant in California. It is painted in 'Acapulco blue' and came with the 428 CJ (R) & C6 with tach dash. After a 79/80 full restoration, it was in the MCA show circuit until the mid 80's with 10 1st places and 3 'Best of Shows'. The car was featured in 5 publications including a feature article in 'Mustang Monthly'. We acquired the Mach 1 in 2006.  We have located many prior owners including the restorer and have the original publications it was featured in.
Submit your information to 69 Mach1.com 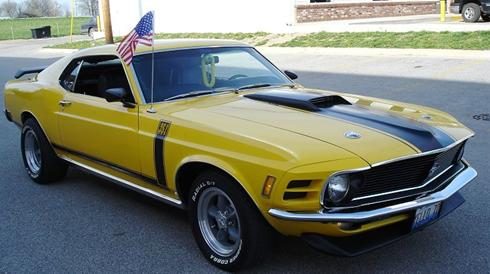 This 70 yellow Mustang was owned by Doug Batson.
I have said that you should never have as many close friends as you have fingers on one hand. If you have more than that you are a lucky soul. Doug was a friend that would do anything I would have asked of him. He was the kind that if you was in jail he would be sitting beside you saying were did we screw up. I meet Doug about 8 years ago and until his illness there was few car shows that you did not see us parked together then racing out of the show and down the road to some place to eat before we said our good-byes for the week. In the off season we still got together and talked on the phone a couple times a week.

These are friends of mine who own Mustangs.
This page is dedicated to all Mustang fans but more importantly my good friend Doug Batson. 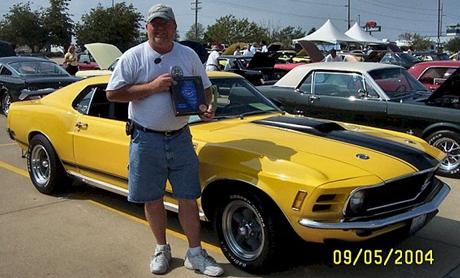 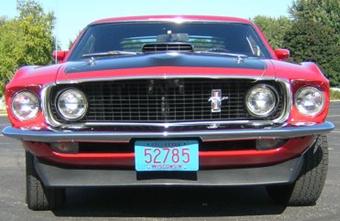 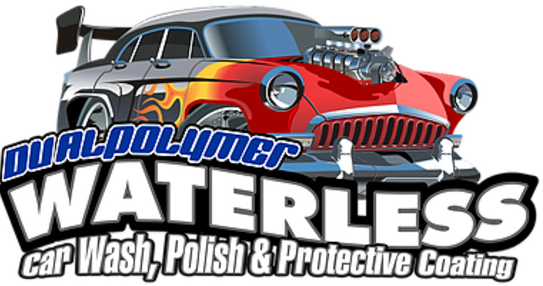 Here is a link to my 69 Mach1 351w C4 auto restomod, modified with tcp manual steering rack, wilwood discs all round 17 in wheels. Paint is Dodge Viper Pearl Blue. Interior is standard Mach1 in Black.
http://smg.photobucket.com/albums/v403/boss_302/69%20mach1%20blue%20restomod/

I have used every kind of detailer on the ole Mach1 until I found DualPolymer. It cleans the dust and will bring a shine you have never see.  Check it out at www.dualpolymer.com and use my code "porboy" for a 20% discount.

David, East Amherst, NY, Q code 428 CJ, C6 trans, Candy Apple Red, Black, 300 loc dif. Also, AC, PS, PB, fold down rear seat.
I bought this car in California in 1991 with 92000 miles.  It has all original sheet metal and still has undercoating on the bottom.  This San Jose Mach's DCO was Ft Collins CO.  First registered in Hopkins MO. It went to Honolulu HI for about 5 years then came back to Golf Port Mississippi.  Sold twice because of a divorce and the gas crunch before being sold to a guy in California who used it as a school shop car.  I have talked to the original dealer, who sent me his order sheet on the car.  After talking about it he told me that it was ordered and first registered to his daughter and ex son-in-law.  I have put over 40K miles on it because when I bought it my wife said that "she didn't buy a couch that she didn't set on, so I couldn't buy a car I don't drive".  Not a problem on my part.
View on Mobile